Stepping in with Belief and Empathy

When someone tells you they have experienced discrimination, take a breath, pause and consider what they are saying before letting your own thoughts and feelings take over.

I wish I could get a “re-do” on this one. Years ago, I was with a friend from Chicago at a nice restaurant in my hometown of Atlanta. When he told me that earlier in his business trip, he was followed around by security guards at two exclusive stores, I questioned him.

“Are you sure? I’ve never even seen security guards in those stores,” I said.

“Were you dressed like you are now, in a suit, or were you in your gym clothes?” I asked.

He nearly spit out his drink. We both know he would never go shopping for expensive suits and shirts in his workout attire.

He quickly changed the subject and cut our night of catching up short. But he later gave me the gift of some feedback: Just because I, as a white person, may have never been followed around a store under suspicion of shoplifting, I shouldn’t immediately assume that this wouldn’t happen to him, an African American person.

It’s hard to remember that not everyone is having the same experience in our organizations, our stores or out on the street.

This willingness and ability to engage with empathy—attempting to understand the experience and feelings of another, even if we’ve never had the experience or feelings—is the least developed leadership competency but one necessary to becoming a high-performing leader, according to research by IBM’s Smarter Workforce division. And here’s the thing that’s fascinating about this important quality: Empathy can’t be taught. It must be personally developed by the leaders and team members themselves. 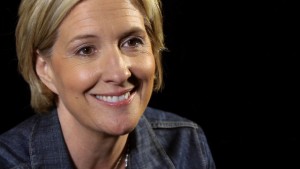 Brene Brown has taught millions of people about vulnerability and empathy. I like this short explanation of empathy: https://www.youtube.com/watch?v=1Evwgu369Jw

Which brings me back to my friend from Chicago. I wish I hadn’t gotten defensive. I wish I had been empathetic and compassionate. I wish I had asked him to tell more of his story instead of turning it around to my story. I wish I had stepped into his experience with belief.

In later conversations, I got out of my own way and listened. I learned what “driving while black” means to him. I learned how scared he was to send his teenage son out into the world with a drivers’ license. I learned why he hates being called “articulate.” I learned how to ask respectfully curious questions about his experience so that I could develop my skills of being empathetic. He gave me great advice too: Don’t feel guilty about your rarely-thought-about privilege as a white man, he said. Just keep being open to the fact that others may not be having the same experiences in the world or at work.

I can do that, and I have done that, and it’s changed my life in many positive ways.

What about you? Are you willing to explore the different stories of your colleagues and teammates and to step into their stories with belief? Don’t worry about crossing that “HR line” of being invasive or nosy. Just ask questions with respectful curiosity. Like me, you’ll be glad you did.

Check out these extra resources: