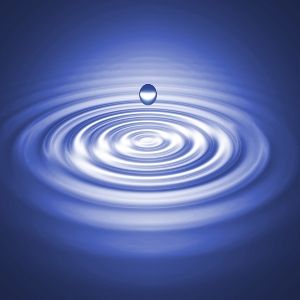 Recently, a participant in one of my workshops demonstrated “good energy,” as one of my mentors would say. I noticed that she made supportive comments regarding the contributions of others, offered to serve as a scribe during the exercises and generally worked to support the group’s learning as well as her own.

After the workshop ended, she asked me for my business card, and I asked her if I could give her feedback. I told her how much I appreciated what I called her “inclusive behaviors.” It was a short interaction, and I’d mostly forgotten about it until I checked my email. She’d sent an email to her boss and cc’d me. She thanked her boss and the organization for the learning opportunity, and thanked me as well.

Do I even need to tell you how that “small act of inclusion” impacted me? I forwarded a copy to my immediate manager and saved a copy for myself. Motivated by her gesture, I emailed a few “small acts of inclusion” to colleagues to recognize the support I felt from them. I sailed on that great feeling for at least two weeks!

This was a perfect example of what MIT’s Mary Rowe might have called a “micro affirmation”—subtle or seemingly small acknowledgements of a person’s value and accomplishments, displayed either publically or privately.

There are other ways to give people micro affirmations:

How do you impact people with micro affirmations in your daily leadership practice? Choose one or two to focus on for a week!

You might just find that micro affirmations create macro results. 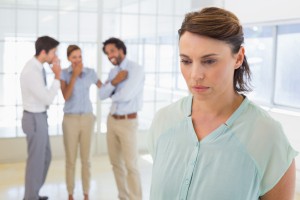 The small stuff won’t kill you, but death by a thousand cuts is no way to live.

As a facilitator of adult learning, I regularly conduct workshops. Recently, I overheard a female participant push back on her otherwise all male small group. The exercise invited them to capture their ideas on chart paper and to be prepared to share with the larger group.

“You guys always make me do the writing and presenting!” she said. As I approached the group, a couple of her male colleagues replied, “We do not!” To which another woman across the room with another group that worked regularly with them said, “Yes they do!” It was a perfect learning moment for our topic of unconscious bias.

Our beliefs and biases drive our behavior. Some of those behaviors we’re aware of and some we’re not. This woman, and at least one of her female colleagues, were well aware of the bias and the resulting behavior it created. Her other male colleagues were blind to it, and, until that moment, were blind to their blindness.

The behavior, expecting women to automatically handle group processes or “organizational housekeeping,” is a micro inequity.

What is a Micro Inequity?

Mary Rowe of MIT is often credited with creating the term “micro inequities,” building on the work of Chester Pierce on “micro aggressions.” Rowe defines micro inequities as “small events which are often ephemeral and hard-to-prove, events which are covert, often unintentional, frequently unrecognized by the perpetrator, which occur wherever people are perceived to be ‘different’.” Some key words here are “small” and “ephemeral” – meaning these behaviors are so subtle and fleeting that they can be difficult to recognize, particularly by the person exhibiting them.

Perhaps that’s why, when a micro inequity is pointed out, the response you get sounds like, “I didn’t mean it like that.” Or, “That’s not what I intended.”

Examples of Micro Inequities include:

If these inequities are so small, why can’t the people on the receiving end simply “get over it”? Shouldn’t they “toughen up” and stop being “so sensitive?”

Don’t think of it as sensitivity; it’s about productivity. If we believe inclusive workplaces are key to productive workplaces, it’s important to look for ways to continuously improve, not only in the results we deliver, but also in how we engage and interact as we produce those results.

I think it’s helpful to think of micro inequities as causing a series of “tiny cuts” – each requiring a Band-Aid. Now imagine if during your work day, you saw colleagues with Band-Aids on them from time to time. And what if you started to see a pattern around who had them and who didn’t. Some people have to endure these tiny cuts, while some people get away without a scratch.

Wouldn’t you want to do something about it? I would.

Some tips to keep in mind:

Think of micro inequities as an opportunity to practice assertive communication. I hope you don’t have to endure a bigger inequity, but if you do, perhaps you’ll have a more solid foundation from which to advocate for yourself.