Recently, while travelling for work, a driver took me from Boston to Dartmouth for a presentation on immigrant students in the U.S. He asked me a simple – but interesting – question that touches on a topic I’m very close to: being inclusive with people who are multilingual.

He asked me where I was from. I told him that I live in Miami.

“Is that where you are really from?” he asked.

I answered, “No, I’m originally from Brazil but have lived in the U.S. for 20 years.”

“Wow!” he said. “And you still have such a strong accent?”

I don’t usually get comments like that anymore. I was nearly fluent in English when I moved to the U.S. at age 22, and I don’t think my accent is that obvious. I said to the driver, “Have you heard your accent?”

It was indeed a good point. Sometimes so-called “native” English speakers notice multilingual individuals’ accents more than they recognize their own. The reality is that everybody has an accent! Sometimes the accent is associated with prestige, other times with being from specific regions in a country (any country), and yet others with being international. 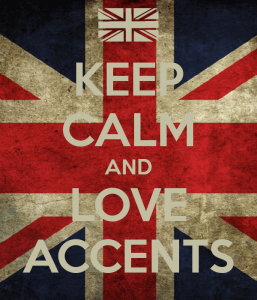 What is Your Accent Bias?

Accent is defined as “a distinctive manner of expression . . . a way of speaking typical of a particular group of people.” Notice that it is not particular to multilingual people or so-called “non-native” speakers of a language. However, it is typically associated with such individuals.

How do we deal with accent bias in our lives as multilingual individuals or people who interact with speakers of other languages? First, we need to be aware that we all have accents – and that an accent is not something unique to just bilingual or multilingual individuals. It is actually a common aspect of any language. Even people who only speak one language have an accent, as my driver in Boston did.

Here are a few tips on managing bias and working with multilingual individuals.

These tips are not just for speaking with multilingual people. As I mentioned before, monolingual speakers have accents too.

Luciana C. de Oliveira is Associate Professor in the Language and Literacy Learning in Multilingual Settings program area in the Department of Teaching and Learning at the University of Miami in Miami, Florida.