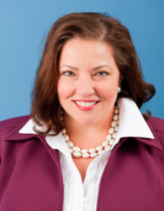 The often-quoted guide Men Are from Mars, Women Are from Venus, by John Gray, argues that men and women communicate so differently that it seems the gap between them is too great to bridge. But we know, as does Gray, that we’re all on one planet. It requires work on both sides to understand each other and be effective together.

Now more than ever communication is more complex than simply male and female. We acknowledge that many characteristics of diversity can have implication on communication effectiveness but, for the purposes of this blog, we will look at a binary interpretation of gender*.

Businesses with diverse workforces can outperform their more homogeneous peers and are better positioned to adapt to a rapidly changing global business environment. Yet often organizational cultures unconsciously drive frustrations across the gender divide.

Let’s discuss gender characteristics. This is a tricky subject. Although the following descriptions of men and women are generalizations, (meaning we acknowledge that these characteristics are not true for all men or all women) from work done at Kenexa High Performance Institute, that men tend to express masculine characteristics (e.g. task orientation, analytical, stoic, leader, unemotional, gutsy, direct and aggressive) and women tend to express feminine characteristics (e.g. emotional, thoughtful, fair, nice, warm, nurturing, collaborative and compassionate). We will save a discussion of the unconscious bias intersection and its roots for another blog, but for now, let’s look at how it plays out in how men and women communicate and work.

Author Laray M. Barna identifies six obstacles we encounter when it comes to communicating with one another.

(1) assumed similarity – When we believe that different genders hold the same values, beliefs and goals;

(2) language – When we fail to acknowledge gender-typical verbal and non-verbal language;

(5) tendency to evaluate – Seeing the “other” as inferior to us; and

(6) high anxiety – Feeling stress due to the number of uncertainties present. 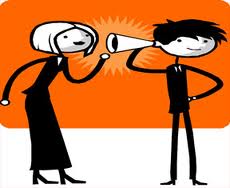 Examples of Typical Differences in Male and Female Styles

Women: Tend to talk to express feelings. Their focus is on building rapport (Rapport Talk), by sharing experiences and asking questions. They tend to listen with more eye contact, head nods and verbal connectors for support. Women are more likely to talk to other women when they have a problem or need to make a decision. Women think of listening as giving the other an opportunity to share.

Men: Tend to talk to exchange information. They keep their problems to themselves and don’t see the point in sharing personal issues. In fact, they share experiences as a way of being one-up. Men like to tell and give information with data and facts rather than ask questions. “Report Talk” – meaning their style tends to support monologue in a report type manner. Men, most often, listen as a strategy to get results..

Men: Ask questions of experts to engage in verbal sparring. Public face is important to men, so asking a question can tear down the self-image of self-sufficiency.

Women: Ask questions to establish connection and relationship. To soften potential disagreements. They ask for information in a way that validates the other’s experience.

Men: See life as a contest and tend to be more comfortable with conflict. They are less likely to hold themselves in check. Men can have a disagreement, move on to another subject and go get a drink together afterwards. Men see apologies as admitting guilt.

Women: Conflict is a threat to connection and is to be avoided. If women have a disagreement with each other, it can affect all aspects of their relationship. Women see apologies as restoring balance.

Women: Tend to be more relationship oriented, and look for commonalities and ways to connect with other women. Women get things done at work by building relationships. They will likely use words and phrases that soften an opinion or gently undermine a point in order to make others feel more comfortable.

Men: Seem to relate to other men on a one-up or one-down basis. Status and dominance is important. Men build relationships while they are working on tasks with each other.

How Men and Woman Work Together

Here is a specific example from Laray Barna to show how one of these data points can play out at work:   At meetings women nod their head to show they are listening. Men think the woman is agreeing with them. He then assumes the women will go along with his idea. He is surprised when she later disagrees, since she nodded her head. She has no idea why he thought she agreed with him since he never asked her.

At meetings, men only nod their heads when they agree. If a woman is speaking and she doesn’t see his head nod as he listens, she assumes he either disagrees or is not listening.

We must recognize that these are simply communication and workstyle differences – nothing more and nothing less. Too often we experience these differences and make the other (“them”) wrong. A ripple effect then supports the development and perpetuation of stereotypes and perceptions of an entire group of people. Let’s not judge – perhaps developing an awareness for and language of these differences might help drive respect rather than assessment.

What Can We Do?

As noted previously other dimensions of diversity can have implication on communication effectiveness however,, I would be remiss if I did not acknowledge that people of color in particular experience an extra layer of complexity as it relates to communication and workstyle. This dynamic underscores that all of our conversations are multilayered and very complex.

The point is to just keep trying to understand and work together.

Deborah Tannen, Talking from 9 to 5

US Department of Labor

*Stay tuned to upcoming Delta Concepts Consulting, Inc. blogs where we will explore the dimension of gender identity.