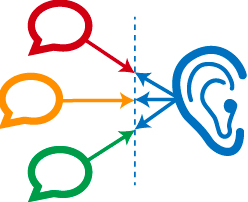 I’ll never forget the weekend I spent in Salt Lake City about 15 years ago. I was learning and practicing a new training class from an innovative consulting firm with whom I partnered. During this “train the trainer”, friends and colleagues who do what I do (facilitate diversity and inclusion educational workshops) were sharing a lot of best-practice ideas.

These were peers who had all been “out there in the trenches” (like me) delivering similar, potentially transformative workshops. We shared our successes and learned from each other.

On the plane flight back east, I sat with my friend and colleague, Mercedes, an Afro Cuban woman. At the time, she was already an accomplished consultant. Mercedes knows her stuff and has the clients to prove it!

During our airplane chatter, Mercedes took a deep breath and let me know she needed to share something with me. She described one of the “best practice” stories I had shared in Salt Lake City, reminded me of the praise I received from peers and leaders in the group.

She asked, “Do you remember where that idea came from?”

I explained that I had developed it from a series of “trial and errors” while facilitating the many workshops I had done in the past year.

Mercedes smiled, nodded her head and said, “I shared that idea with you when we were together several months ago. Do you remember that conversation?”

Me, an Idea Thief?

In my mind, I had come up with that idea. I told Mercedes, “You must have your wires crossed; I don’t make a habit of stealing ideas and taking credit for them! I’m kind of insulted that you would accuse me of that.”

I remember a quiet plane ride from that point forward. My mind kept replaying her “accusation,” and even began to form judgments about HER that I had never thought before. We landed at our destination and said goodbye.

About a week after this conversation, I had one of those moments that illustrates the expression, “It dawned on me.” Like the light of dawn, I remembered. Mercedes had shared this idea with me, at a moment when I had been frustrated and multi-tasking. I had simply forgotten where it came from. After I tested it repeatedly, I adopted the “credit” for figuring something out that was successful. None of this was intentional – but it did happen.

I was an idea thief. How could this be?

Meeting our Filters with Understanding

When I called Mercedes to acknowledge what I did and apologize for my actions, she said, “Thanks for the apology. I accept it. I want to you to know that this is a common occurrence for women of color like me. White women and men frequently co-opt our ideas. They don’t listen. It’s like ‘death by a thousand paper cuts. http://www.deltaconceptsinc.com/blog/micro-inequities-attending-to-the-seemingly-small-stuff/

If you’re like me, you don’t listen to people the same way all of the time. We listen through filters of gender, age, ethnicity, accent and physical size. Our learned biases form an invisible network of filters that influences our listening to others.

Most of us don’t have the same “listening” for our older white bosses, for example, as we do for a younger woman of color who is new to the team. Consider if this is true for you.

The intent and the impact of our actions frequently don’t equate, especially when gender and culture among the players is different.

But there are behaviors and actions we can practice in our “inclusion gym” to prevent an inequity or unintentional slight to our colleagues, like what happened between Mercedes and me.

How to Recognize and Mitigate Biased Filtering

These practices work. I know, because I’ve been exercising them since my “Mercedes accident,” and I’ve gotten feedback on my intent listening from many women of color since then.

You CAN teach an old dog new tricks. I’m proof.

Check out another great article on this topic from Fast Company: